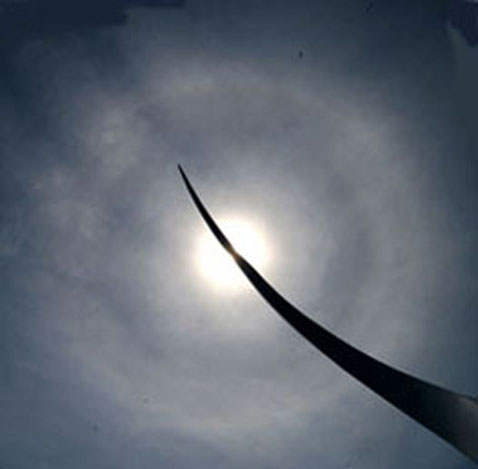 Alan Clark sent the above image, which shows the same display that Elmar Schmidt saw from Virginia, and which can be read about in the previous post. Alan photographed the halo from Dulles Airport, about 120 km NE of Elmar’s site. The Sun elevation was about 58 degrees, and it was between 15:00 to 16:00 local summer time. As Alan says: “The display was not perhaps as clear as Elmar’s in that some components of the odd halo were not distinct.” ( 1 )