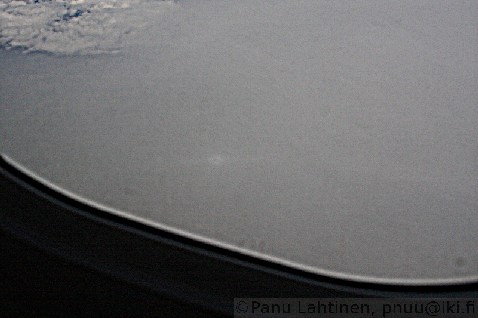 First Panu Lahtinen thought he had seen the 120 deg sub-parhelia, but
after consulting Jarmo Moilanen, who noticed the shadow of the airplane,
the halo was identified to be “only” a sub-anthelion with a short
sub-parhelic circle attached to it. No other halos were seen. ( 1 – 2 – 3 )