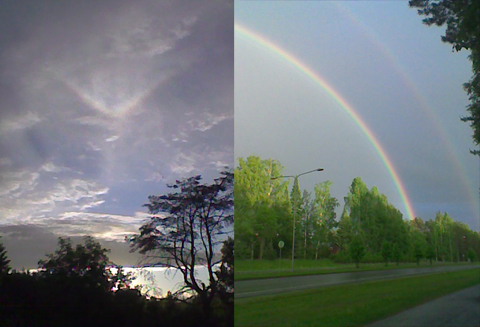 On 4 June 2011 Pietari Puranen observed these rainbows in Jyväskylä. When he turned around to see the sky around the sun, he observed an upper tangent arc. Remarkably, the arc formed in virga precipitating from the same low clouds around the rainbow forming cumulonimbus. It is rare to see halos in virga so close to rainbows.