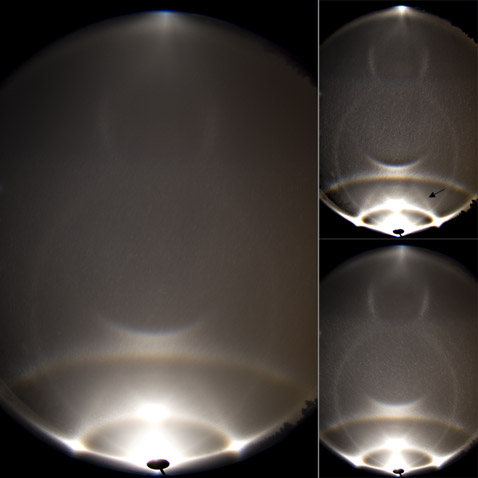 Two consecutive photos of the 7/8 December display contain reflected Lowitz arcs. The large image above is a stack of these two photos, the small upper image being heavily unsharp masked version of it. Reflected Lowitz arc is marked with an arrow in the small image.

The moment of reflected Lowitz arcs was short lasting: two photos showing them were taken within 35 seconds. Photos taken immediately before or after do not contain them. The lower small photo is timed one minute before their appearance, the halo composition being otherwise similar except for the reflected Lowitz arcs.

In these photos present is also upper sunvex Parry arc, which was missing from the display phase shown in my previous postings.