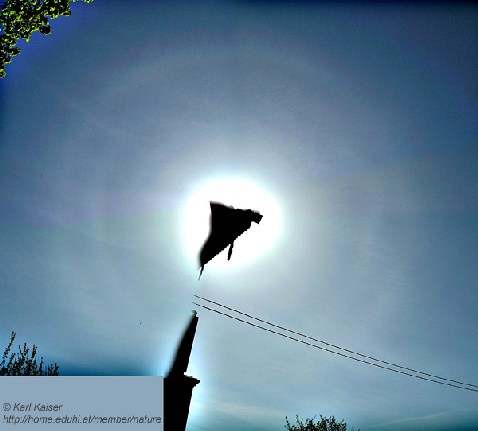 On 27th of April 2009 during the hours before noon an almost complete 23° ring was visible and also both 18° lateral arcs. All halos were visible without sunglasses. The cirrus was very dense. I know days when pyramidal halos were visible over a big area of Central Europe, but this day there are no other reported observations. The photo above shows the display with unsharp masking, but the original photo is also provided ( 1 ). Later this day only the upper part of the common 22° halo was visible.