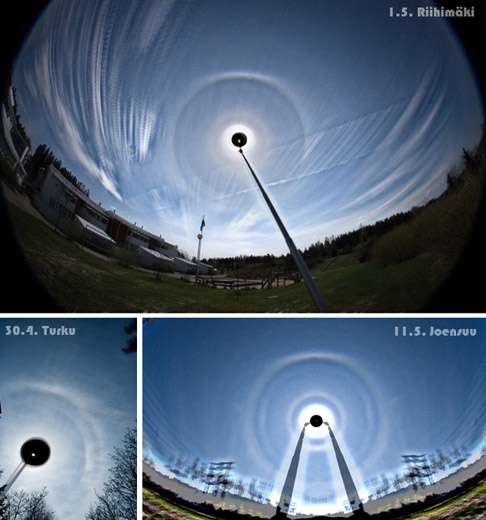 After several meagre years, the halo spring in Finland has shown signs of revival. Nothing big has been observed, but since the end of April the number of displays with rare halos has been reasonable.