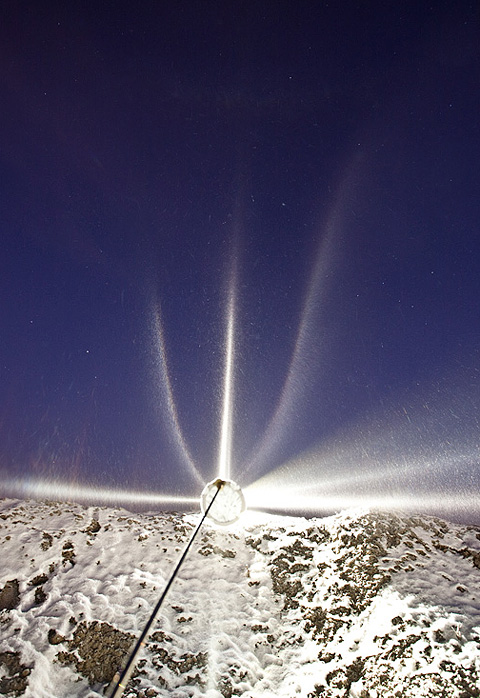 During the night of 1-2 January 2008 bright divergent light halos were present in Tampere, Finland. Most notably, bright, colored superparhelia were observed. The colors are readily visible in a bigger image ( 1 ).

Crystals were sampled ( 2 ) during the displays that were rather static in their character. Other images ( 3 ) as well as some video footage ( 4 ) from the same night and the following day are also provided.