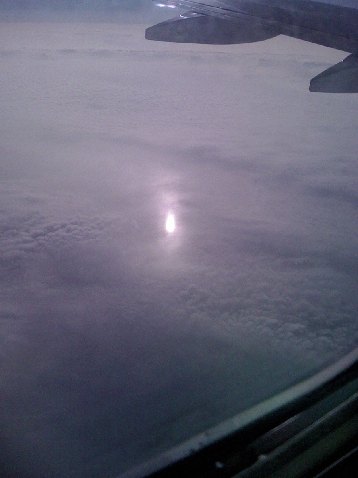 The photo on the right, and another one ( 1 ) were taken on an airplane from Beijing to Singapore on 3 January. The Bottlinger Rings appeared two times in total, when the plane flew above patches of dissipating AC clouds. I only managed to capture the first appearance. When the rings appeared, the subsun was glaring, and I got a feeling of the ring swelling and shrinking as the cloud moved, but I guessed it was only an illusion.