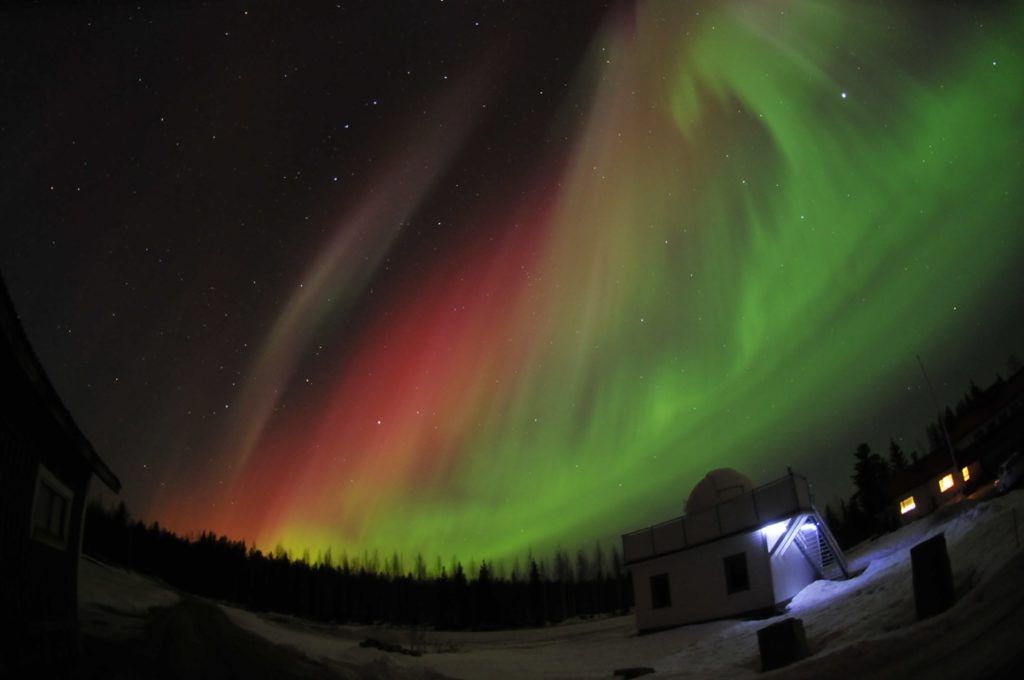 The way how auroras are formed is very well known, as well as the height of where the auroras occur, in about 100 km (62 miles). But in folklore there are a lot of stories about auroras producing humming, clapping and cracking sounds. But still the claim, that auroras produce sounds, is not scientifically proven. Professor Unto K. Laine from the Aalto University managed to record one of these sounds in March 2013 and in October 2018. Professor Laine has a hypothesis (Figure 1), that the sounds are formed by auroras at far more lower altitude than the lights, and therefore the sounds can be heard at the ground level. 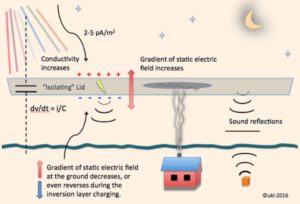 Hankasalmi observatory is the best location for the auroras listening post, because at the observatory area there is already an all-sky aurora camera and a magnetometer from the Finnish Meteorological Institute. Already existing instruments combined with acoustic listening post form a unique aurora observatory which is not found anywhere in the world. Aurora listening equipment has been designed with professor Laine.

The project has been funded by the Finnish Rural Development Program for Mainland Finland. The listening post will be built during 2019.